In the 1920s, the mathematical biologists Alfred Lotka and Vito Volterra independently wrote pairs of coupled equations to explain how a predator species and its prey could cause each other’s numbers to oscillate stably rather than explode or collapse, providing theoretical support for coexistence in a simple ecosystem. But more complex ecosystems defied such clean mathematical treatments.

As ecology matured into a distinct discipline, work by Hutchinson and others spawned a more qualitative idea called niche theory. Its general concept is that species thrive by being the best at capitalizing on a particular set of environmental conditions — some trees prefer cool, wet sites while others do better in hot, dry ones; a third set germinates only after a fire, and so on. Nature’s heterogeneity therefore carves out spaces for a profusion of organisms.

Around 20 years ago, niche theory’s dominance was challenged by neutral theory, which posited that differences between species don’t generally matter ecologically because speciation, extinction and the death of individuals are more random than is usually supposed, and that randomness keeps any species from dominating its rivals. The debate rages to this day — though few ecologists fully reject the niche concept.

The frustration for theoretical ecologists is that, with thousands of disparate ecosystems around the globe, ecological theories can be hard to universally falsify. Allesina jokes that physics textbooks stay at about the same length over time because experiments and observations falsify old theories at the same time that they catalyze new ones. But ecology texts grow ever longer, because older theories stick around even as new ones pile up. It’s unclear whether unifying principles that underpin ecology — the equivalent of thermodynamics and statistical mechanics in physics — are unknown because no one has yet uncovered them or because such principles simply don’t exist.

Gore, both physically and intellectually restless, entered the ecological fray after dipping his toes in several other scientific ponds. As an undergraduate at MIT in the late 1990s, he helped to develop an experimental apparatus for studying Bose-Einstein condensates with Wolfgang Ketterle, who would go on to win a Nobel Prize in 2001 for being among the first to produce that long-theorized fifth state of matter. In graduate school at the University of California, Berkeley, Gore migrated to biophysics, probing the complicated mechanics of the DNA molecule. He returned to MIT as a postdoc, and this time he pushed beyond the boundaries of conventional biophysics, using yeast to experimentally probe the evolution of cooperative behavior.

Over time, Gore was seduced by what he calls ecology’s “big, beautiful theories” for how living beings can exist in complex communities. But he also noticed that “theory and measurements are not always enriching each other as much as they could.” He saw an opening for clear, unambiguous and replicable measurements that could rigorously test hypotheses and perhaps chip away at the theoretical pileup that Allesina laments. To Gore, that meant exerting a level of control over nature that many biologists might find artificial in the extreme. He began putting microbes in tightly controlled settings and using cutting-edge instruments to precisely track the fates of individuals. This, he reasoned, would allow him to tune out some of the noisiness and chaos of nature so he could replicate experiments many times and generate the kinds of statistics that convince physicists they’ve nailed down a phenomenon.

“Jeff’s take on this was: Let’s take the most simple thing, and let’s see how well we can measure this most simple thing,” said Kirill Korolev, a physicist who did research in Gore’s lab and now runs his own at Boston University. “You lose complexity, but there are also benefits.”

Gore began with the simplest possible ecosystem: just one species. Even that, it turned out, could be interesting. Gore and his lab members, including Korolev, designed an experiment in which they diluted colonies of brewer’s yeast growing in sugar solutions. Brewer’s yeast cells convert inedible sugars into edible ones, so individuals benefit from having many close neighbors, while dilution starves yeast populations. The researchers identified signals in their data allowing them to predict whether the yeast populations would thrive or collapse. The study, published in 2012 in Science and the most cited paper from Gore’s lab to date, featured a figure known as a bifurcation diagram, which maps the precise conditions under which the ecosystem stays stable or passes a catastrophic tipping point.

Such a diagram is “something that is very dear to most mathematical ecologists,” Allesina said. The late Robert May, a pioneering physicist turned ecologist, helped launch the field of chaos theory when he discovered that an equation used to model the population growth of insects produced a bifurcation diagram. Gore’s team took the idea from the computer and the blackboard into the lab.

“That paper was super striking,” Allesina said. “The data show that it works exactly as theory would predict. This was the thing that made me very, very aware of [Gore’s] work.”

Between Two and Infinity

There’s a joke that physicists can describe systems of one, two or infinite individual elements, but nothing in between. So having proved his mettle generating insights from one species, Gore moved on to two. In work led by then-postdoc Jonathan Friedman, members of Gore’s lab isolated eight bacterial strains from soil and pitted them against each other in various combinations in their 96-well plates. From the outcomes, the researchers built up a set of simple rules: A outcompetes B, B outcompetes C, C and D can coexist, and so on.

Still, eight microbes hardly prove a universal point. So the researchers took another step toward the real world: Graduate student Logan Higgins went outside to the lawn of MIT’s Technology Square and scooped up some soil teeming with microbes. The team isolated strains and determined the pairwise rules governing the microbes’ abilities to outcompete or coexist with one another. The researchers then looked at almost a thousand bacterial trios in their plastic wells.

These experiments were motivated in part by suggestions dating to the 1970s that mixtures of many species might stabilize each other through competitive balance. One example of such a “higher-order” stabilizing interaction resembles a rock-paper-scissors game, in which each of three coexisting species suppresses one competitor but is suppressed by the other. Theorists have proposed that such arrangements could be an elegant way to generate diverse ecosystems by preventing any one species from outcompeting the rest. Bacterial trios stabilized by rock-paper-scissors relations have even been engineered in the lab.

But a dearth of empirical data has made it hard to tell how important this arrangement is in the wild. “I love rock-paper-scissors,” Allesina said. “That doesn’t make it very common in nature.”

Among the soil strains, Gore’s team found just one rock-paper-scissors relationship. As in the earlier experiment, the outcomes of the one-on-one battles seemed to govern the overall ecosystem; in only one case did bacterium C beat A to complete the triangle. When the researchers threw 20 strains into wells all together, just three emerged as dominant, as predicted by the pairwise rules — a far cry from the original diverse, stable soil community. With rock-paper-scissors almost entirely ruled out, Gore’s team concluded that tiny shifts in environmental conditions within the soil’s physical matrix probably stabilized the diverse community in its natural setting, because relationships of three or more microbes did not seem to be doing the job in the lab.

The studies hinted that Gore’s methods could have something to say about the no-physicist’s-land between two and infinity that real-world ecosystems occupy. “I don’t think that what we find necessarily implies this is how any ecosystem works,” said Friedman, now a senior lecturer at the Hebrew University of Jerusalem in Rehovot, Israel. “But it is the best effort at figuring out how one ecosystem works.”

“We’re really building up … similar to the way that physicists understood quantum mechanics and atoms,” Gore said. “We first tried to understand hydrogen. It’s not that physicists were obsessed with hydrogen per se, but if you don’t understand hydrogen, it’s a little dangerous to try to go too far. … That’s how I view our approach. We started with hydrogen, and we’re kind of at helium and methane right now.”

Microbes are vital to nature. Soil bacteria and fungi sustain the plants we eat and the forests that provide climate stabilization and most of Earth’s biodiversity. In our guts, bacteria help us digest food and are thought to contribute to immunity and possibly even cognition. But microbial communities can also cause devastation. Perhaps the best-known example occurs when the bacterium Clostridium difficile invades the gut, causing painful and sometimes deadly colitis. Such invasions are difficult to predict and difficult to reverse. Today, they are increasingly treated via fecal transplant — a brute-force attempt to replace an unhealthy microbiome with a healthy one.

“We don’t understand anything, so we transplant the whole community and cross our fingers,” Allesina said. “Do you really think you need the whole 5,000 strains? … Probably not. Probably smaller communities that have only a handful of things would have the same outcome.”

Buoyed by his string of promising results, Gore has lately set his sights on the gut microbiome. In a study published in February, his team found that when a two-microbe ecosystem was briefly invaded by a third species, the dominant strain in the ecosystem often switched. A similar dynamic, the authors suggested, could be at play in C. difficile infections. 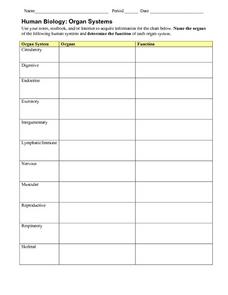