But the request, made on behalf of the central government by education minister Koichi Hagiuda in a letter dated Tuesday, has left some academics questioning its appropriateness.

The Cabinet of Prime Minister Yoshihide Suga decided on Oct. 2 that all ministries will fly flags at half-mast and observe a moment of silence at 2:10 p.m. Saturday — the day of the joint memorial service for Nakasone, who died in November last year, arranged by the Cabinet and the ruling Liberal Democratic Party. 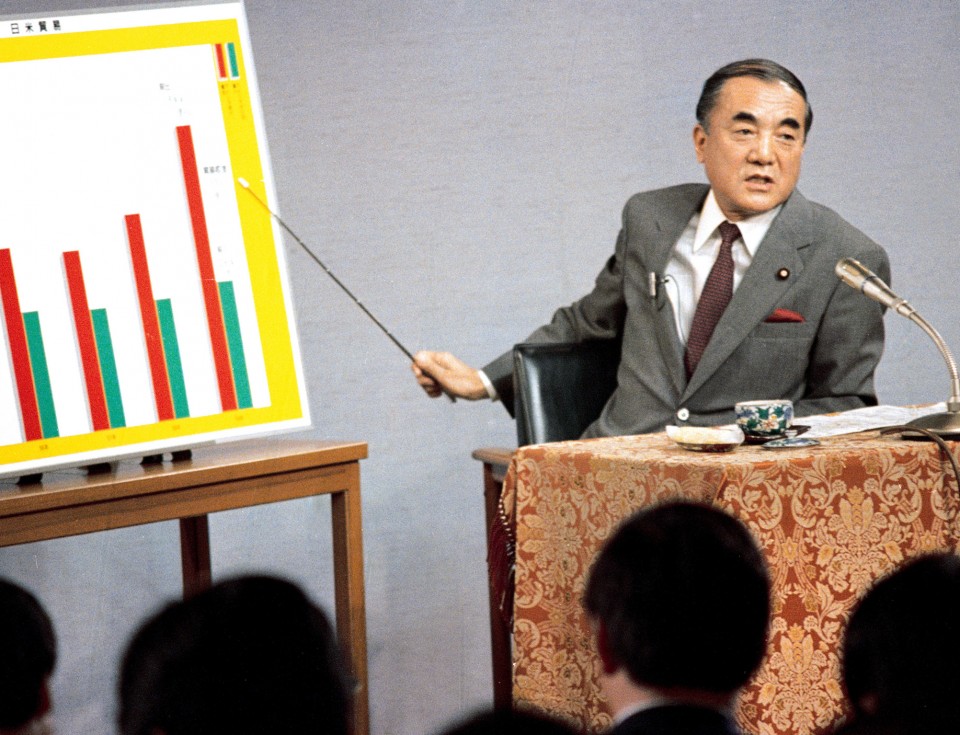 The Cabinet also decided to ask related institutions do the same as a token of mourning for the late prime minister, with Chief Cabinet Secretary Katsunobu Kato sending a letter to Hagiuda asking him to inform the relevant parties.

Hagiuda forwarded Kato’s letter to the heads of national universities and independent agencies under their jurisdiction, as well as educational associations, requesting they do what they thought best in accordance with the contents of the letter.

He also forwarded the letter to prefectural boards of education “for their reference,” and requested they inform local education boards.

Meanwhile, the Ministry of Internal Affairs and Communications, in a letter dated Oct. 7, requested prefectural governors and municipal mayors to “express their condolences in a manner similar to the (central) government.”

Teruyuki Hirota, a professor of education at Nihon University, says such requests are not appropriate for the current times.

“The notice is not compulsory, so universities and agencies should decide for themselves. There should be widespread debate on whether the government needs to go to such lengths for a politician’s memorial,” he said.

The cost of the joint memorial service, which amounts to nearly 200 million yen ($1.9 million), is evenly split between the state and the LDP.

The government has faced criticisms that such proceedings are too expensive after it appropriated around 96 million yen from the reserve fund in the fiscal 2020 national budget to cover costs.

But Kato has said the budget was topped up to be completely prepared for measures against the novel coronavirus, and that “it is the absolute minimum necessary.”

Gorbachev agreed to address islands dispute in 1988 with Nakasone